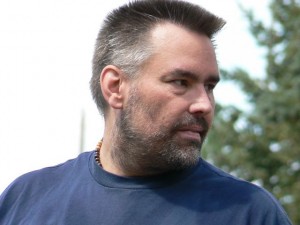 Back in the early 1980s, I came across two things that changed my thoughts about what I should be doing in life.

The first one is from an adventure series called “Ninja Master” by Wade Barker. This is a brain candy series that didn’t have a lot of story but was a fun read. What came from it was the main character’s study habits. He would read six newspapers daily to make sure he was up to date on happenings in the area.

At the time, I thought it was a great idea to research enough to make sure I could carry on conversations on a great variety of subjects. This came in part from having started college an realizing that I didn’t know how to study. That I wasn’t as smart as I thought. Well, it lasted for a while but I had a hard time with wanting to read the New York Times and the Chicago Tribune.

The second is from the great television series Spenser: For Hire. The thought of being as cool as Spenser was even bigger than being Thomas Magnum. The personal code that he followed set him apart. The strength and courage needed to follow that code is only matched by heroes… and martial artists.

This, too, had a very big education component. When he was introduced, he would regularly include “Spenser with an ‘s’, like the poet.” This is where he began to show his education. While most considered him little more than a thug, he regularly quoted from his namesake’s epic poem “The Faerie Queen” (Edmund Spenser) and from several other poets/authors.

This renewed my thought about needing to be more knowledgeable…educated…and I decided that I would find a copy of The Faerie Queen to read. Well, about 10 years later, I finally found a copy. The book is about 3″ thick! I tried fie times to read the iambic pantameter/hexameter and old English text but just couldn’t keep track of the story. I did get a Cliff Notes copy to at least understand the story but I have this nagging feeling that I’ve missed a great deal out of the story.

These two examples had lead me to wonder if everyone should read or know the “classics”. Even back in high school, we had read “literature” and I wondered what made it different from the stuff I wanted to read. Truthfully, I didn’t start enjoying reading until 1981 when I found a copy of “The Ninja” by Eric Van Lustbader. That’s kinda sad coming from someone who’s Mother read about 15 books per month.

I recently had the chance to watch the TED presentation by Sir Ken Robinson about Schools Kill Creativity and thought back to the academic work that I’ve done. I agree with his view as I was, still am, one who didn’t quite fit the standard. I will agree that the works that are considered “classic” are valuable but I think they now have a very narrow scope. Should everyone read them? What do they teach (story, language, writing)? Are there other examples from current works? Maybe we should just study mythology?

So, basically, where I’m going with this is that for many years I’ve wondered if I was not educated enough and missing out on some special key to success (and happiness) due to not being able to read classic literature and appreciate plays. I’ve worried about it for a long time and it has held me back. Time to take another step forward.

As you read and enjoy the posts on this site, please consider "sharing" them! The "likes" help generate additional readership but "sharing" will help even more! Thank you for your assistance! If you have questions, please feel free to contact me!
Related Articles
The “Eye Trick”
Presentation IS important!
Control the First Move