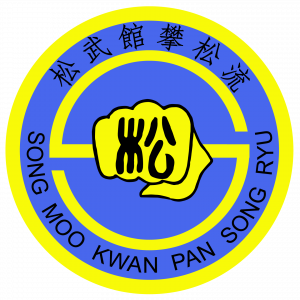 Starting back in 1990 as Pine Tree Taekwondo, a tangent school to Master Tom Sullivan’s Karate North organization, Pan Song Ryu is the next step in the evolution of the Chung Bong heritage. Senior Grandmaster (9th Dan) Jun Seon “Jay” Hyon developed the Chung Bong hyungs in the mid-1960’s . They are a blend of traditional Karate and personal protection with effective sport techniques included. Some insights about SrGM Hyon can be found in articles published in Karate Illustrated magazine and Black Belt magazine.

The development of Pan Song Ryu has taken the past 30 years. Grand Master Frankovich started researching Taekwondo and, in particular, Song Moo Kwan after reaching his 3rd Dan Black belt. Many questions with few answers. The research began with delving into the bunhae (application) of techniques within the hyungs. Grand Master Frankovich took the law enforcement defensive tactics knowledge to review the techniques within the hyungs. He found that some of the variations from traditional Karate were directly related to personal protection. Then, after conversations with Senior Grandmasters and Masters from other Song Moo Kwan branches, he began to see the sport applications for Sport Karate/Point Sparring. It was often commented by Master Sullivan that everything you needed to know for sport fighting was within the hyungs.

Over the past few years, Grand Master Frankovich has connected to SGM Joon Pyo Choi, a direct student of SMK Founder.. When the SMK founder Byung Jick Ro died in 2015, SGM Choi took over as the official caretaker of the lineage. SGM Choi had been promoted to 10th Dan by Founder Ro in 2013 but SGM Choi had refused to make any claims while the Founder was still leading SMK.

It was this connection that brought Grand Master Frankovich into contact with many grandmasters and masters from other SMK branches. There have been many interesting conversations and, hopefully, many more! It was also the push for him to contact the direct students of Sr. Grandmaster Hyon to learn more about the origins of the Chung Bong hyungs.

So, 30 years later, Pine Tree Taekwondo has developed into the Pan Song Ryu (Rising Pine School) of Song Moo Kwan. The hope and desire is to carry the Song Moo Kwan legacy and the Chung Bong heritage forward for generations to follow.

Dan ranks are earned through Pan Song Ryu with the opportunity to receive additional certifications through World Song Moo Kwan United and the Kukkiwon.

Specific test requirements are found in the student manual.
Students can login to review their curriculum here.

Class locations and times are: